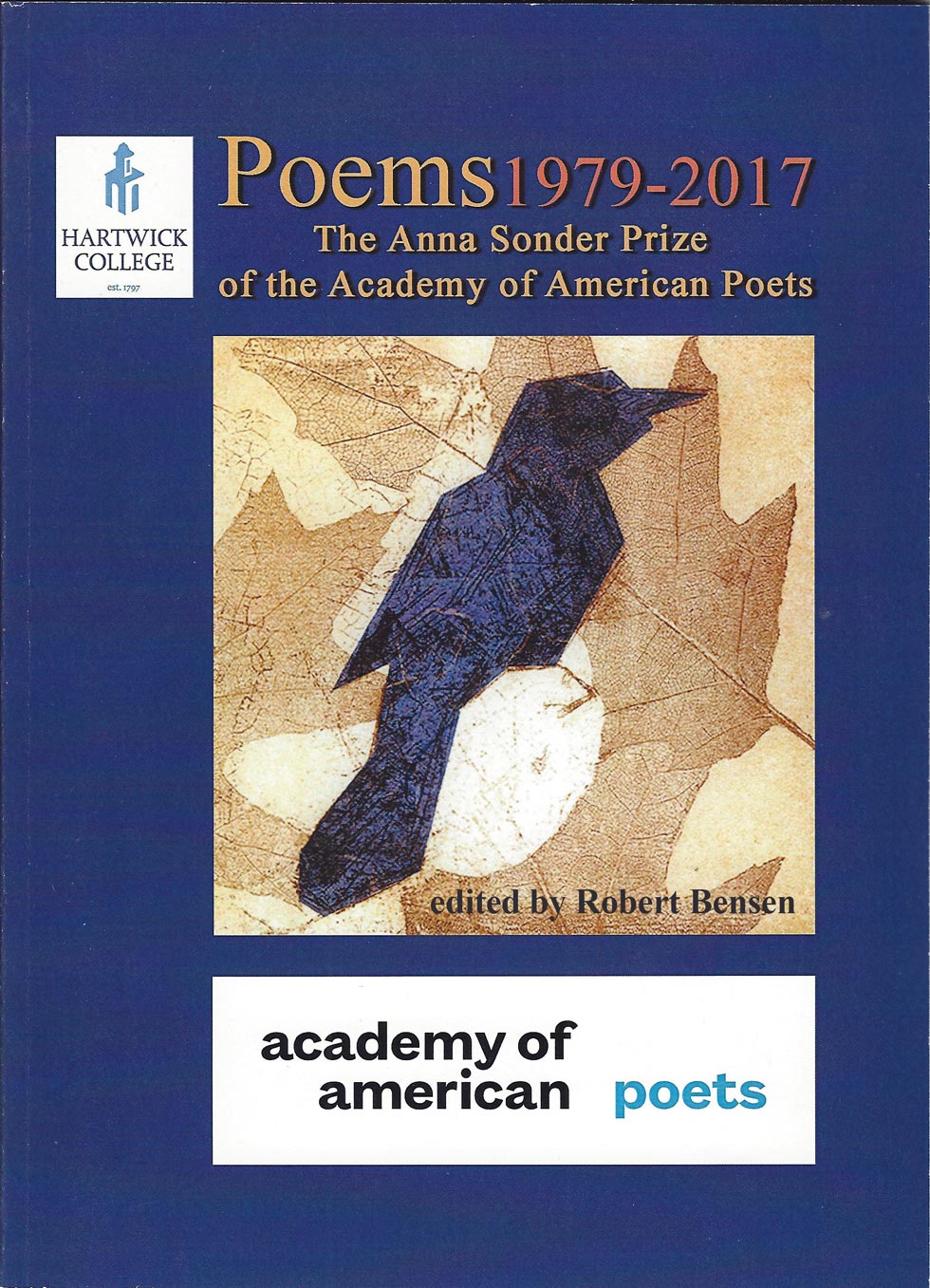 The Anna Sonder Prize of the Academy of American Poets

Robert Bensen administered the Anna Sonder Prize of the Academy of American Poets from 1979-2017 at Hartwick College. Otto Sonder, late professor emeritus of sociology, endowed the prize in 1978 for the best poem written by a student at Hartwick College. The prize is awarded annually by the College under the auspices of the AAP in New York City. Hartwick College is a permanent member of AAP. The prize honors the memory of Sonder’s mother, who died in 1978. This anthology includes all the prize-winning poems and the names of poets who won Honorable Mention.